What a day! Perhaps it was the sunshine on 16 September that contributed to the wonderful good feeling on Heritage buy valium with no rx Open Day. Regardless, we were thrilled with the enthusiasm and turn out.

In the Shakespeare Barn, Michele Summers’ greeting and explanation of activities got everyone into the creative mood.

A good place to start was silk painting with Helena Anderson. Although slated as a demonstration, Helena gave the opportunity for anyone to try their hand.

With Tom Sharp, a figure could be modelled out of plasticine and added to the ever growing table of creations. There were no bounds to the individuality of all who created a figure.

Jo Halpin Jones demonstrated how a heritage photo could be restored digitally. Who would have thought that a crease or blemish on an old photo could vanish within minutes. 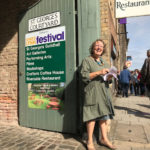 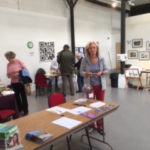 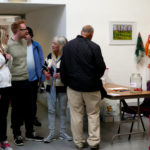 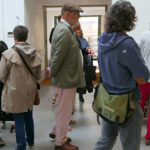 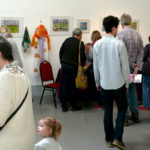 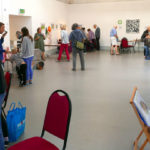 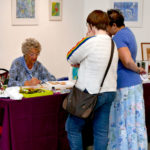 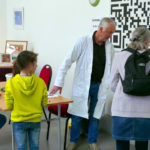 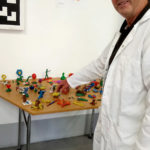 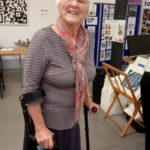 Tony Walsh was our on-site photographer. He was also on hand to give any technical support needed.

Oil painter, Maxine Byron, demonstrated her craft. She brought along students she is tutoring through the Stroke Association. I was impressed with what was achieved in a relatively short time and with no previous painting experience.

Helen and John Walker not only provided a workshop but gave anyone who passed their table the opportunity to create a small mosaic. A sense of accomplishment was obvious in the participants.

The final hands-on activity was our Heritage Banners. Anyone who had a photo or selfie taken in context of the Heritage Open Day could have it printed and add it to a banner using a PVA transfer process. I was grateful for the help and creative support of Stina Burger, Helen Breach and Lesley Williams. 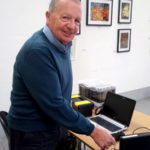 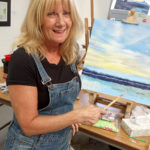 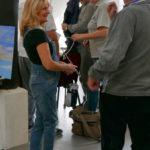 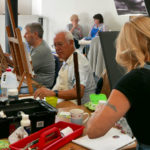 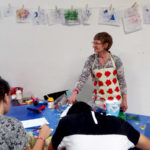 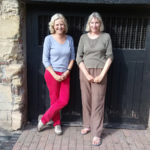 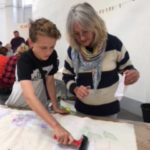 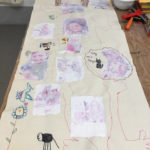 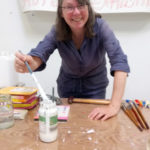 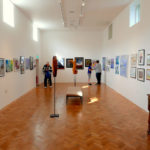 Because the process is more time consuming than the day allowed, the finished banners will be shown at the Autumn Exhibition of the West Norfolk Artists Association (WNAA) at the Fermoy Gallery from 10-24 November. A video of Tom’s photo documentation of  Plasticine Mash-Up and the silk painting of balloons created by the public with Helena Anderson will also be shown.

After all to do in the Shakespeare Barn was done, it was just a short walk to see the exhibition in the Fermoy Gallery. All artists participating in the event were able to show their work. Cynthia Jackson and Ann Pointing were there to greet visitors. This was a taster of things to come at our Autumn Exhibition.

Members of the WNAA in partnership with KL Festival set out to draw attention to the former Arts Centre, specifically, the Fermoy Gallery and Shakespeare Barn. Our belief that the Arts Centre is a vital aspect of the community was our driving force. This was confirmed on the day. Anyone who had stated that the community of King’s Lynn was not interested in ART was proved wrong. What impressed us most was that families came in and tried everything on offer with vigour and enthusiasm. What a rewarding experience!