Classed as a Pre-Raphaelite visionary Sir Edward Coley Burne-Jones (1833 – 1898) was a key figure in Victorian art and achieved world wide fame and recognition during his lifetime. This was the first major retrospective of his to be held in London for over forty years.

Burne-Jones used myths and legends from the past and created dream worlds of unparalleled beauty – ‘The Briar Rose Series’ (based on Sleeping Beauty), ‘The Beguiling of Merlin’, ‘The last sleep of Arthur’ and ‘The Perseus Series’ to name just a few.

From his studio in Fulham he designed and made artworks in a variety of media – paintings, drawings, stained glass, embroidery, tapestry, furniture and jewellery and many of these were on display including a beautifully painted piano.

Burne-Jones was educated at University rather than art school and went to Oxford to study theology which is where he met his lifelong friend and collaborator, https://www.physionow.ca/generic-valium/ William Morris. He decided to abandon his studies and under the guidance of the artist-poet, Dante Gabriel Rosetti, he
started to make intricate drawings in pen and ink which won him the support of artists and patrons in the Pre-Raphaelite circle. 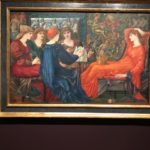 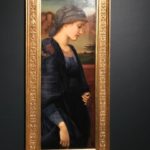 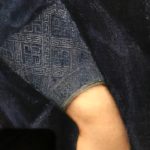 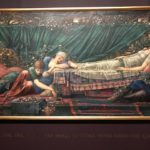 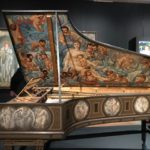 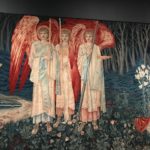 He was a founder member of the design collective Morris & Co in 1861 and designed furniture and stained glass for domestic and ecclesiastical settings.

In 1864 he was elected to the Old Watercolour Society and began exhibiting with them but resigned in anger six years later following complaints about the male nude figure in ‘Phyllis and Demophoon’. He later painted ‘The Tree of Forgiveness’ in which he drapes fabric to conceal Demophoon’s genitals- it is thought to avoid the controversy of the earlier work.

All of the women in his paintings are beautiful whereas the men are often presented as victims of female power and desire.