The Art Nouveau exhibition at the Sainsbury Centre for the Visual Arts in Norwich is a small but beautiful exhibition on the mezzanine floor. I visited in August. With plenty of space between exhibits, it’s easy to keep your distance from other visitors.

The exhibition traces Art Nouveau from its emergence in the 1890s showing that by 1900 it was a dominant force in new design. Its exponents were interested in symbolism and psychology combining them with imagery from nature.
They also sought to revive good workmanship, raise the status of craft, and produce genuinely modern design reflecting the utility of the items they were creating.

The curators have taken a broad view with examples of paintings, sculpture, architecture and household design from across Europe. Anything could be of the style, from a tiny brooch to a building.

Whilst it could be said to have its roots in English art and design it never really came to fruition in England. However, in Scotland the Glasgow School of Art developed its own approach.
The exhibition traces how it blossomed in Belgium and France. In Spain, the Catalan artists took it up with Antoni Gaudi being its most order xanax usa famous proponent.

By 1912 the movement was already fading leaving behind some of the most intensely ornamental buildings, furnishings accessories, jewelry and decoration in the history of art, so recognizable today. 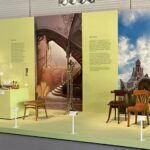 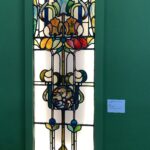 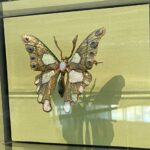 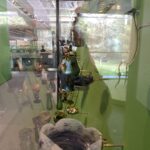 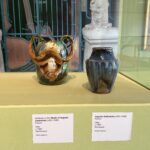 It has an enduring appeal. For example, the posters, as shown in the exhibition, by Alfons Mucha, initially made famous by his depiction of Sara Bernhardt, are still sold. Some of the exhibits such as ceramic tableware and wall tiles still wouldn’t look out of place in the home today. The first world war ensured no revival and after the war the Art Deco movement gained prominence.

Coincidentally the Sainsbury centre has also extended the larger Art Deco exhibition which makes for a great follow on. (Chandra wrote about it for Update earlier this year. )

Art Nouveau is extended until 3rd January 2021 and Art Deco until 23rd September 2020.
So, you can have an interesting day out immersed in two art movements which had such a great influence across European art and design.

The cafe is open or,  if the weather is good, there are huge grounds sloping down to the water where you can picnic.